A Glass of Herbsaint: The Herbsaint Frappé

This is a very small excerpt from an extensive future article on the Herbsaint Frappé.
Just a small preview...Stay Tuned... 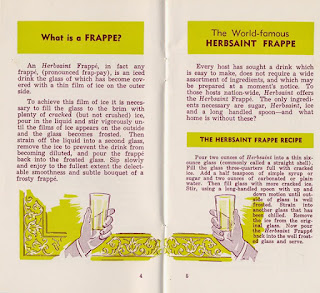 The Herbsaint Frappé is the signature Herbsaint cocktail appearing in all Herbsaint advertisements from the very beginning as the Legendre Absinthe Frappé, to the modern era of Herbsaint Original. 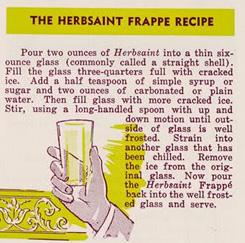 The Herbsaint Frappé has it's roots in the old New Orleans tradition of the Absinthe Frappé, as the perfect absinthe cocktail for the hot humid climate of New Orleans. A Frappé is an iced drink usually made with cracked, or crushed ice, that often has a thin icy coating on the outside of the glass.  Absinthe Frappés were a tradition in New Orleans where people would enjoy a tall cold Absinthe Frappé as the evening met the day, and as a Sunday Morning After eye opener from the week end revelry. 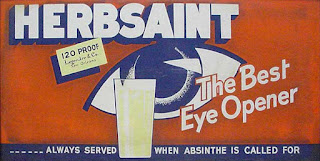 Once again, with the return of Herbsaint Original, one can recall the old New Orleans tradition of: At The Close Of The Day, Drink An Herbsaint Frappé, Legendre Herbsaint, Always Served When Absinthe Is Called For.

Posted by New Orleans Absinthe History at 12:48 PM No comments:

For those in the Downsville NY area stop by Catskill Cellars and take a look at their Herbsaint display window, they are very nice people too!
They have a nice website at http://www.catskillcellars.com/
for those that may not have have Herbsaint Original in their area yet, drop them a line and they can get a bottle of Herbsaint Original out to you. 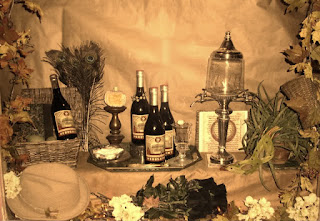 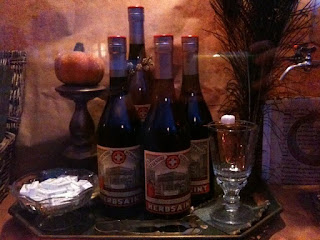 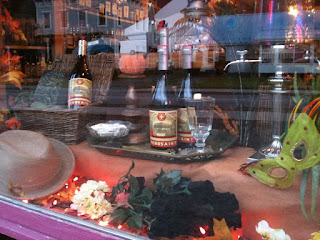 Posted by New Orleans Absinthe History at 1:45 AM No comments:

A Glass of Herbsaint, The classic Herbsaint Drip

A Glass of Herbsaint, The Classic Herbsaint Drip

In the midst of many things happening all at once, it's been difficult to sit down and catch up posting new material, hopefully, this trend is now broken.

One of the things I had hoped to put together is various Herbsaint cocktails, now that we are lucky to have Herbsaint Original on the shelves, our first look will be at the classic Herbsaint Drip.

The Herbsaint Drip is based on the classic Absinthe Drip enjoyed by many before the unfortunate ban on absinthe. One can do an absinthe drip many different ways, absinthe fountain, carafe, brouille, or Dripper as known in the USA.
As was popular in the hot humid climate of New Orleans, the brouille or dripper has a number of advantages, over using a large absinthe fountain, and much better control than trying to drip water from a carafe. 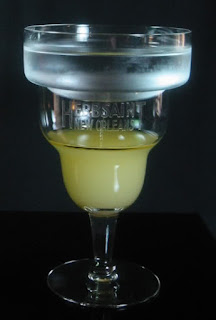 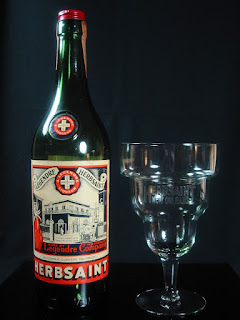 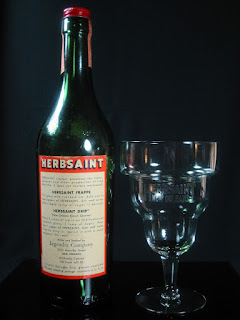 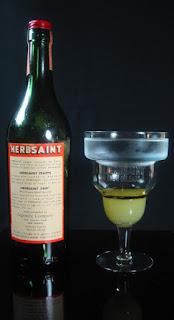 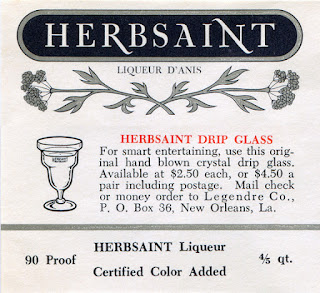 For those not lucky enough to own a vintage Herbsaint Drip Glass, I’d recommend picking up a Herbsaint etched dripper from the Tales of the Cocktail website here:
http://www.talesofthecocktail.com/shop/herbsaint_dripper
The modern Herbsaint etched dripper works quite well, and I have a couple in my own collection that I use when the vintage Herbsaint Drip Glass stays in the cabinet.
As for a recommendation for an absinthe glass, I recommend one of the La Rochere Perigord type glasses, which are quite easy to find from a number of sources, but feel free to use one of a number of reproduction absinthe glasses for those that do not wish to use an antique absinthe glass.

Posted by New Orleans Absinthe History at 2:01 PM No comments: