1934: Herbsaint Given a Clean Bill Of Health 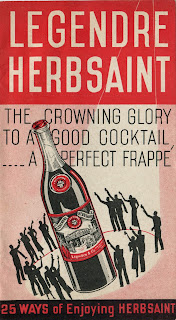 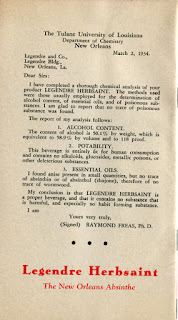 Marion Legendre would also turn some of the controversy over the post prohibition absinthe confusion to his advantage, by using a recent New Orleans Item news story, written on May 6th, 1934, as a press release stating: Herbsaint Given Complete Bill of Health and go to state that Legendre Herbsaint is the only correctly labeled absinthe-styled drink made and sold in New Orleans. It complies with the law in every respect, and
is sold nation wide. 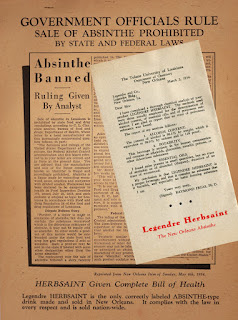 Posted by New Orleans Absinthe History at 9:37 AM